I don’t think I have seen a lot of lingerie ads but the ones I have seen are generally the same so I tried to make it different. At the same time I used some familiar techniques to make it stand out. The seductive wife, the twist at the end and the commentators commentary have been seen before but maybe not in this way. Let me know what you think about this concept.

Photo by Artem Labunsky on Unsplash

Couple on couch watching football on TV at night. The man leaning forward eating popcorn. The woman leaning back into the couch seemingly uninterested. The audio in the background is the sounds of the game and the commentator.

She looks at him out of the corner of her eye before crafting a devilish smile and getting up. The man totally engrossed in the game barely notices that she leaves.

She returns in a robe and high heels, unties the loop in front of it and puts her foot on the Centre table in front of him, exposing her bare leg. The husband freezes as she has his attention.
Commentator: Ohhh they didn’t see this coming

She takes off the robe allowing it to drop to the floor and her lingerie is revealed. A black lace style, concealing very little.
Commentator: They really have them exposed now

She parades around him while his attention is locked onto her. She takes out a pair of handcuffs and secures his hands to the nearby table.
Commentator: They are dominating this match

The husband is more than happy to play along. She then reveals a blindfold. The husband’s excitement builds. She then sits in front of him facing forward. The husband is sweating.
Commentator: Now they’re on the counter, This looks like the chance to score. Beautiful shot from outside the box…

She then reaches for the remote near to him and sits down next to him again before changing the channel. The husband is confused but in his bound state can’t do much but laugh.
Cooking show: and that is how you get it how you want it

Thoughts on this sexy ad? Drop it in the comments below. Don’t forget to subscribe to this blog and engage with me on my social accounts. 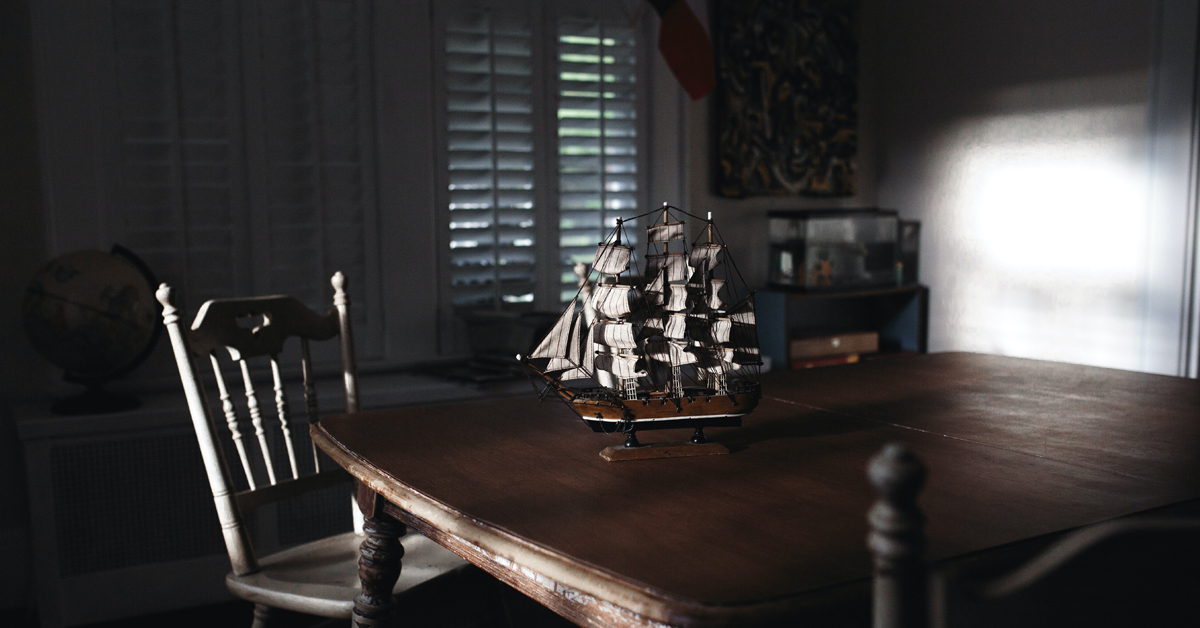 Almost every day I look at the challenge and think that “this is the hardest one yet” 😅 Good, bad or indifferent, we move forward. I think that this one was a cool concept but needed some tightening up. It’s a good starting point at least.

Photo by Andrew Neel on Unsplash

A mature man (Roger), in his 60’s. Sits at a counter in his store that is so packed with different types of antique furniture that he hides between the items. The wind chimes tinkle, as the door opens and a woman (Debra) walks into the store with her son. Roger gets up to assist her. Debra seems distressed when she speaks.

Debra: Do you have any dining tables?

Her son (Devon) escapes her grasp and runs into the store.

She screeches: Devon come back here!

Roger calmingly speaks: It’s alright, so how can I help you?
Debra: well he is pretty destructive and was using my dining table as a trampoline and it broke down, so I need a new one.

As they look over to Devon is climbing on one of the antique tables.

Debra screeches again: Devon!!!
Roger calmly responds again: it’s alright
Roger: You like to climb huh? Well that table you are standing on is actually designed to be a replica of what the Greek Gods used to eat on, it was said that eating by the table gave them their strength, and standing on it would weaken them.

Devon looks around then slowly descends and sits on a chair near the table.

Debra looks on in amazement.
Roger turns to her: The beauty about antique furniture is the stories they tell, it’s inspiring.

Debra shakes her head and smiles: wow, I had no idea.

Roger: Also, if you have kids it’s better to get something that can take a few stomps.

They turn around and Devon is climbing on it again. They both laugh.

What did you think of this one? Engage with me on any of my social platforms below.

Day 2/100
This brand was a little tricky, they produce and distribute Classical Music aimed at Millennials. Not familiar with how Classical music is marketed but I have it a try. The funny part is that their brand is supposed to be sarcastic as well. Not sure I hit the sarcasm, but tried to incorporate some humour in their, let me know if you think it works.

Photo by MARK S. on Unsplash

Opening. Man (Tom) outside of an apartment door, about to knock. Another man (Bill) swings the door open from inside.  Bill is excited, and gives him a warm welcome him before relieving him of the 6 pack of drinks that he brought. Bill invites him in. Classical music is playing, Tom slows down and is confused.

Tom: Bro, you listen to Classical?

Bill packs away the beer and organizes snacks as he sheepishly responds.

Tom: Oh that’s too bad, because it goes hard, I actually listen a lot…

Bill: Ohhh yea, I was joking, I’m kinda a connoisseur myself. I have thousands of records

Tom pauses as he becomes skeptical of Bill, but continues as they walk to his records

Bill starts to get irritated and puts down his drink.

Bill: Are you trying to say that you have better classicals than me… Tom

Bill: There is only one way to settle this… A Clashical!

Chuck: Did you just say a Clashical??

He calls others outside “Yo guys it’s about to go down!”

Within seconds the apartment is filled with people.

Tom hooks up his AUX chord to the stereo Bill searches through his crates. Chuck takes the roll of the MC and co-ordinates the proceedings.

Bill excitedly goes first and plays his first song, people are enjoying it, nodding their heads.

Tom downloads a song from Rock Star while Bill’s song is playing. Then when it’s his turn, he plays his song and the crowd erupts from the intro.

Bill throws down his record and folds his arms as he is visibly upset.

As the scene blurs.

Narrator: Having a Clashical? We got your Bach

Comment your thoughts on this script below. If you enjoyed it or want me to write a script for you can reach me at any of my social handles below.